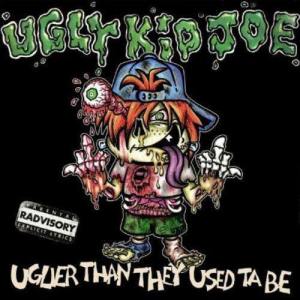 It’s been 19 years since Ugly Kid Joe released their last album, but after a successful crowdfunding campaign the Californian rockers have completed the recording of their fourth studio album, ‘Uglier Than They Used Ta Be’ and have announced that it will be released on 18 September.

Although UKJ split in ’97 and this is the first album released by the band in almost two decades, they actually reformed back in 2010. Since then they have toured in support of the likes of Alice Cooper and Skid Row plus have also appeared at festivals such as Download, Gods of Metal and Sweden Rock. So when we’re told that there is a ‘good chemistry’ flowing through this release and that the album is a collection of some of the best songs ever written by UKJ, we can only assume that the 5 years of touring and live performances have really paid off in the studio. We at decibelROGUE are really looking forward to getting our hands on a copy to find out.

“It’s a full circle of sorts,” says UKJ frontman Whitfield Crane “there was a lot of love and talent in one room and that is exactly what this album sounds like.”

The album also includes a cover of the Motörhead classic ‘Ace of Spades’, which features Motörhead guitarist Phil Campbell. Phil also appears on the tracks ‘My Old Man’ and ‘Under The Bottom’