Ugly Kid Joe arrived in Glasgow on the day the pre-ordered copies of their first album in 19 years started to drop through the letterboxes of expectant fans. 19 years is a very long time in anyone’s life, but is an eternity in the music industry. Times change, people change, everything moves on relentlessly. But the good news for UKJ fans is that the band have got their feet firmly planted in 2015 and their new material is superb.

There were a couple of support acts to get everyone in the mood and first up was Whitfield Crane’s other band, Richards/Crane. Crane, along with former Godsmack guitarist Lee Richards recently released a self-titled album of chilled out acoustic songs. Here, they were joined by guitarist Tim McMillan and ran through a few of the songs from the album. Has to be said though, that as good as their set was it was Tim who stole the show with a hugely impressive piece of Rodrigo y Gabriella-like guitar playing.

Next up was Hailmary. Known as an extremely hard working touring band back in their native Australia, they are now taking the first steps to break into Europe. This was the first time I’d heard any of their music and, what can I say? I was very impressed. As soon as they launched into ‘Liar In My Chair’ the audience was shaken out of the relaxed, laid back mood of the previous acoustic set, with some properly good no-nonsense hard rock. Huge riffs, plenty of swagger, great vocals – yeah I really like these guys.

Hailmary’s set consisted of songs from their album ‘Choice Path Consequence Solution’ and recently released EP ‘Navigate The Sunrise’. If this live performance is any gauge, their album and EP are well worth getting a hold of. And playing loud. Obviously!

And so we come to our headliners, Ugly Kid Joe. I’m guessing that it must be a pretty exciting time for Whitfield Crane and the guys. Having just released their first album in so many years and now taking that material on tour must almost feel like they’re starting out all over again. I don’t know how many years it’s been since UKJ last headlined a show in Glasgow, but the rapturous reception the band received as they took to the stage hopefully showed them that Glasgow was extremely happy to have them back.

The lineup is, for the most part, exactly the same as it was back in the band’s 90’s heyday, save for the man replacing Shannon Larkin behind the drums on tour: Whitfield Crane (vocals), Klaus Eichstadt (guitar) Dave Fortman (guitar) Cordell Crockett (bass) and Zac ‘Fat Bastard’ Morris (drums). If you were at the gig you’ll get the ‘Fat Bastard’ reference!

So, after their customary intro, the band exploded into ‘Neighbor’ and immediately set about blowing the roof off the venue. If anyone in the audience was in any doubt before the gig that UKJ were going to deliver anything other than a thunderous, kick-your-face-in rock performance, then from that point onwards, there was no doubt – UKJ are back. Older and uglier they may be, but they ROCK!

Given that their setlist contained many of the bands earlier songs, there were a number of moments when Whitfield Crane could hand over vocal duties to the audience, for some proper fist in the air singalong opportunities. The first song from ‘Uglier Than They Used Ta Be’ to be given an outing was ‘She’s Already Gone’ and sounded every bit good live as it did on the album.

At this point I really have to give a special mention to drummer Zac Morris. I don’t know what he has for breakfast in the morning, but I want some of it! I’ve been lucky enough to see some really amazing drumming performances in recent times, but this was just on another level. The power and precision of his performance was just off the chart! Plus he was playing through the pain of having a freshly inked tattoo on his ribcage. Hats off to you sir!

Although ‘Hell Ain’t Hard to Find’ and the last song of the evening (which I’ll come to in a moment) were the only other songs from the new album to feature in the 15 performed, it mattered not. This was a night for the fans to reconnect with a band that have been away for far too long. 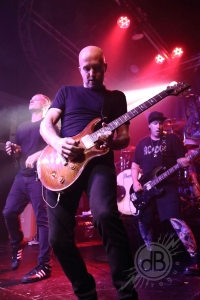 So how do you give the fans a fitting finale to the show? Well, obviously ‘Everything About You’ just HAS to be there, and it was duly accompanied with much jumping around, flying beer and singing along by the audience. Last song of the evening was a cover of Motörhead’s ‘Ace of Spades’. The song features on UKJ’s new album and that version has Phil Campbell guesting on guitar. Have to say that given Lemmy’s recent health issues, it’s really poignant to hear the song played the way Lemmy and his band would’ve played it in his prime. A totally brilliant way to kick one final hole in the sky before we headed for the exit.

So there you have it. And in case you hadn’t guessed it by now, I was really blown away by just how good the Ugly Kid Joe of 2015 are. Go buy their new album and try to catch one of their live shows. 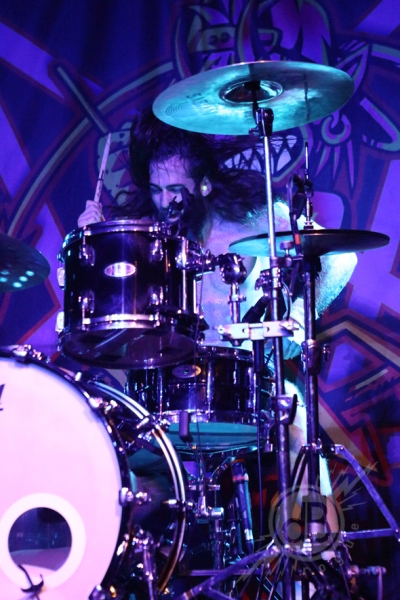 Cats in the Cradle