Reverend And The Makers Hit The Road Again 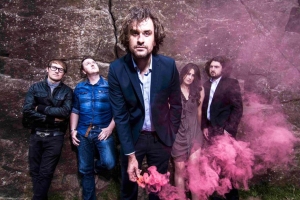 Reverend And The Makers

Having received critical acclaim for their recently released album, ‘Mirrors’ and just completed their own UK tour, Reverend And The Makers have been announced as support for forthcoming tours by The Courteeners and The Libertines.

‘Mirrors’, which was their fifth album to go Top Twenty in the UK album charts last month, received rave reviews on its release and is regarded as the bands best to date. It was championed by Noel Gallagher & Carl Barât and has been picking up radio support from BBC 6, Radio 2, Beats 1 and Radio X. A special CD & DVD version of Mirrors is available with a film by acclaimed director Roger Sargent, filmed in Jamaica to accompany each song on the album. To coincide with the release of the album singer Jon McClure released a book of his lyrics and poetry, illustrated by Horace Panter from the Specials, The Lyrics and Poetry of Jon McClure with Illustrations by Horace Panter.

So if you missed Jon and the guys last time out, you still have a chance to see them live at six shows throughout December and January. Oh, and you’ll get to see either The Courteeners and The Libertines too! 😉

DECEMBER with The Courteeners:

JANUARY with The Libertines: