Back in my teenage days, if somebody had tried to talk to me about a record that had been released twenty years previously, I’d probably have stared back at them blankly. Twenty years ago? That’s ancient history! Today, with quite a few more miles on the clock, thinking about records that were released two decades ago just makes me wonder where all the time has gone!

That’s a round about way of saying I can’t believe it’s already twenty years since Fun Lovin Criminals released their iconic debut album Come Find Yourself. To celebrate that milestone, the band are currently touring Europe giving fans the opportunity to hear the album performed live in it’s entirety. It was Glasgow’s turn on Friday night, so decibelROGUE headed to what was going to be a jam-packed Barrowland Ballroom to join in.

As usual, we rocked up in time to catch the support band, which on Friday night was The LaFontaines. Like FLC, The LaFontaines’ sound is a fusion of different musical styles including rock, hip hop and pop. Although their debut album Class was released last year, they have been gigging since 2010 with their breakthrough performance coming at T in the Park in 2011. Widely regarded as being one of Scotland’s best live bands, they ensured that by the time Huey, Fast and Frank arrived onstage, the audience were well and truly warmed up.

One of the things I’ve always liked about frontman Huey Morgan is just how effortlessly cool and charismatic he is.  Right from the moment he walked onstage with bandmates Brian (Fast) Leiser and Frank Belbini, he absolutely owned the place. Huey could’ve stood there all night and not sung a note, yet still have the audience in the palm of his hand. But sing he did. And what a shift he and the band put in!

If you check out the setlist lower down this page, you’ll see that not only did the band play Come Find Yourself front to back, but they then went on to play another seven songs on top of that. 21 songs. 2 hours onstage. FLC don’t shortchange their fans! It was also one of those gigs where you could feel a huge sense of positivity and anticipation running through the audience. Hell, there were even smiles and high fives in the notoriously serious and straight-faced photopit – now THAT’s unusual! Everyone in the arena just seemed to be on the same page. Everyone was there to have a good time.

FLC have always been a great live band, and they were as good as ever here. Obviously Huey was the centre of attention as vocalist and lead guitarist, but you can’t underplay the contributions of the other two members. Frank Belbini gave a properly meaty, muscular performance on drums and Fast did, well, pretty much everything else! You really have to keep reminding yourself that there are only three guys on stage.

As you probably know, FLC songs reference many diverse subject matters such as mob bosses, robbing banks, smoking dope, Barry White and of course everyone’s favourite: Scooby Snacks. Since FLC were following the original running order of the album, we only had to wait until the fourth song of the evening for the Barrowland’s famously springy floor to be tested to, and possibly beyond, it’s limit. And it was, without question, the highlight of my evening as FLC launched into an absolutely thunderous rendition of Scooby Snacks. It’s one of these songs that you MUST experience live at least once in your life, because it’s just about as good as it gets. But then, FLC in full flow are just about as good as it gets! 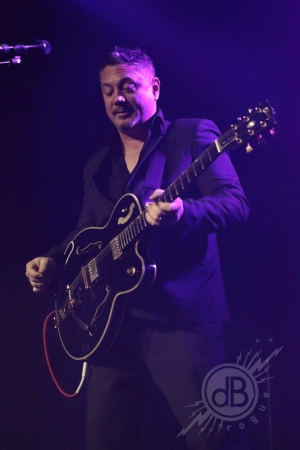 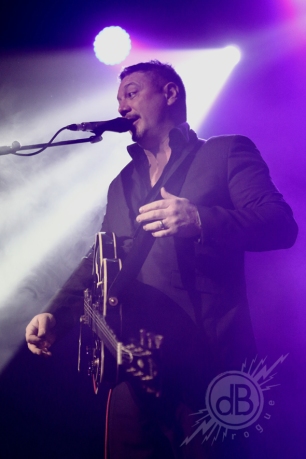 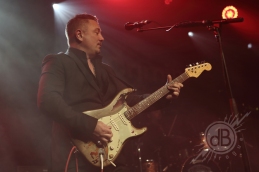