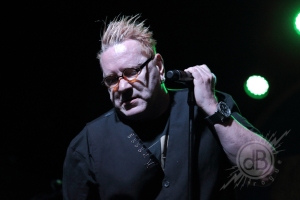 Musicians. I don’t think I’m alone in thinking that they just don’t make them like they used to.

You can tell the music world really needs to have a serious word with itself when the artists most likely to regularly generate (even moderately) controversial headlines would appear to be Justin Bieber, for being a spoiled brat and Miley bloody Cyrus for getting her tits out. Again.  And don’t even start me on Kanye West…

Back in the late seventies however, The Sex Pistols weren’t just a noisy punk band who stuck two fingers up at people and swore a lot.  They (metaphorically) drove a chainsaw through the smug faces of the establishment classes and were at the centre of the biggest revolution popular music has ever seen. Controversy and the Sex Pistols were inextricably linked as they raged against the music industry, consumerism, abortion, violence, apathy, anarchy, fascism and the Royal Family. The world had simply never seen anything quite like it. I bet Bill Grundy went to his grave wishing he never did!

The band’s impact then, was nothing short of nuclear. And like an explosion, all that energy was expended in a very short time, since the Pistols split after just two and a half years and one extraordinary album. As you’ll probably know, Public Image Ltd was the band that John Lydon formed after the Pistols finished in 1978. And on Friday night they arrived at Warehouse Falkirk for an intimate gig on the latest leg of their UK tour. First things first – as someone who lives in the area, I couldn’t quite believe that THE John Lydon was going to stage a show in a small club at the edge of an industrial estate on the outskirts of my hometown. And that doubt lasted right up until I saw the man himself walk onto the stage with Lu Edmonds (guitar), Scott Firth (bass) and Bruce Smith (drums) before kicking the evening off by launching into Albatross.

John Lydon may be sixty years old, but he could never be accused of taking his foot off the gas, as he tore through a demanding sixteen song set. There was plenty of material from latest album What The World Needs Now and more than enough old favourites to keep longtime hardcore PiL fans happy. Lydon himself was typically charismatic. His distinctive vocal style, dramatic posing and sheer gusto made his performance borderline mesmerising. And whether you like his music or not, you really have to admire his single-minded determination to write and perform songs about whatever he damn-well likes. Only John Lydon could stand on a stage and sing a song about a toilet repair – as in Double Trouble – and still be awesome.

Highlight of the evening for me was Rise. This was the first PiL record that I ever bought and to hear it played live was properly memorable. It sounded every bit as good today as it did when I spun the single for the first time 30 years ago. 30 years, jeez…

Given the unexpected choice of venue for this show, there was a very special vibe about the whole occasion. It felt almost like a secret gig. You just don’t get the opportunity to get this close to legendary figures like John Lydon all that often. The good news is that there are still five more opportunities to see him live in the UK before he heads off with the band to tour South America. The bad news is that if you don’t already have tickets, you’re stuffed. They’re all sold.

Everything that John Lydon does with PiL is self-funded. So help keep this anti-establishment national treasure of a bandwagon rolling by buying his music at the link below. There are plans afoot to re-issue albums from the PiL back catalogue, and decibelROGUE will keep you up to date when a formal announcement is made. 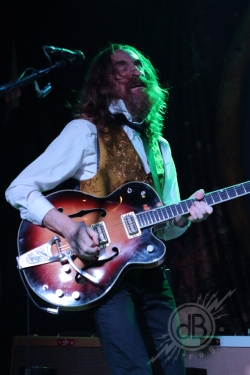 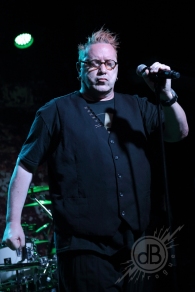 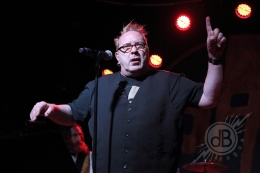 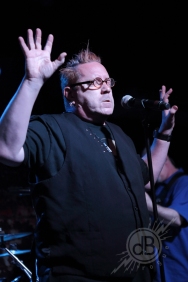