The Dead Daisies Live at The Classic Grand Glasgow 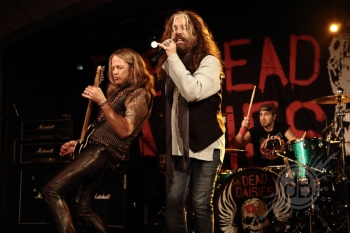 Fresh from rocking around the Gulf of Mexico on the latest KISS Kruize, The Dead Daisies rolled into Glasgow on Sunday night for the second show of their much anticipated UK Winter Tour. Co-headlining with The Answer and with the brilliant Lynne Jackaman supporting, The Dead Daisies are out to prove once again just why they are one of the hottest tickets in rock music right now.

Even though it’s only been around 11 months since the band’s last show in Glasgow, the packed Classic Grand audience let it be known that it was 11 months too long, as they gave John Corabi and the guys an absolutely thunderous welcome when they took to the stage.  It was also Glasgow’s opportunity to welcome former Whitesnake and Dio axeman Doug Aldrich to the band. Aldrich replaced Richard Fortus who, along with keyboard genius Dizzy Reed, left the Daisies to rejoin Guns N’ Roses for their reunion tour. The rest of the lineup remains as per the last tour with John Corabi on vocals, Marco Mendoza on bass, David Lowy on guitar and Brian Tichy on drums. 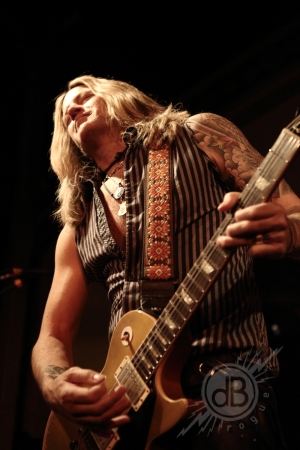 First things first. We went into this gig with extremely high expectations. And that’s quite simply because their last show in Glasgow was – by a country mile – our favourite rock performance of 2015. Then when the band released Make Some Noise, we felt that although it’s a brilliant rock album to listen to on your stereo or your iPod or whatever, there was something about the new material which made us think that it would sound even better when you heard it performed live. How many times has reality failed to meet your expectations, though? Too often…

The roof didn’t stand a chance. John Corabi and company blew it clean off with opening song Long Way To Go, and they didn’t let up until they had blasted through another 12 songs in an absolutely breathless set. This was one of those hot, biblically loud, sweat-soaked gigs that all fans of live rock music live for. Of course it helps that you have five of the most accomplished rock musicians on the planet onstage in front of you. Take your pick of the lineup: John Corabi? He was the consummate swaggering rockstar frontman. Marco Mendoza? He did things on his bass guitar that mere mortals can’t even conceive. David Lowy? His rhythm guitar drove the band on relentlessly. Doug Aldrich? His addition has given the band a real badass vibe on lead guitar. And then you had Brian Tichy’s performance on drums. 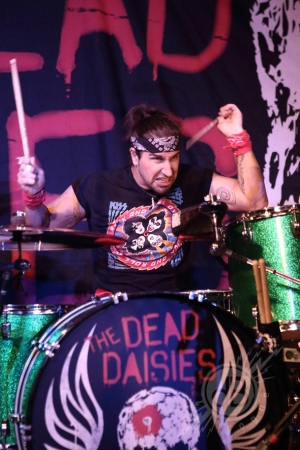 John Corabi jokingly referred to Tichy as the band’s ‘Animal from the Muppets’, but that belies the fact that his was just about the best performance on drums I’ve ever seen, at any rock gig. I can’t remember any other drummer who combines the power, precision, flicks and tricks that Tichy put into his night’s work here. During Helter Skelter for example, he tried to see how high he could bounce his drumstick off his floor tom. Think he managed to hit the ceiling at one point. But he never dropped a stick or missed a beat! The energy he puts into his playing is astonishing. God knows what he has for Breakfast, but I want some!

As you’d expect, Sunday’s set was dominated by songs from the new album. And just as I had hoped, they sounded awesome live. In Make Some Noise they have a brilliant anthem that’s already featuring at sporting events in the US and had the audience punching the air and singing along here. Last Time I Saw The Sun out-Aerosmiths anything Aerosmith has released in years, and was my Corabi vocal performance highlight of the night. The absolute highlight of the new material for me though, was Mainline.  If you go to one of The Daisies’ forthcoming shows and you see someone who isn’t jumping up and down punching the air to that one, they’re probably lacking in the pulse department… 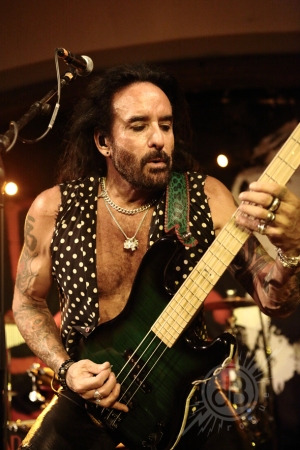 The Dead Daisies have somehow managed to distil all the things that made us fall in love with rock music in the first place – titanic riffs, great hooks, blistering guitar solos, sheer rock ‘n’ roll swagger – into something that you can seriously rock out to, but leave at the end of the gig properly entertained and with a massive smile on your face. I can’t think of many other bands who can strike that balance quite so well. And I can’t think of any other band I’d want to go see again more than these guys. Do yourself a favour and grab a ticket to one of their remaining shows while you still can, because they are either sold out or are close to selling out.

EDITOR’S NOTE: Big shout out to The Dead Daisies’ Management representative (sorry, I’m useless with names) who introduced himself to, and shook the hands of all the photographers in the pit on Sunday. It’s refreshing to work in an environment where you feel appreciated and respected. Cheers fella! 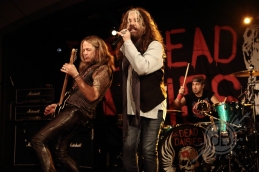 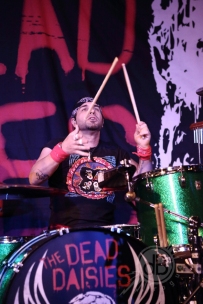 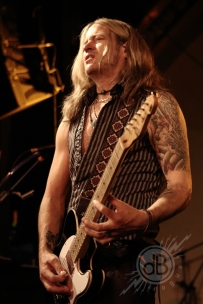 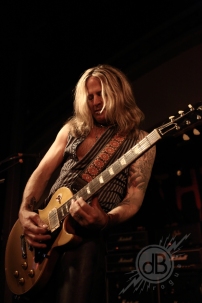 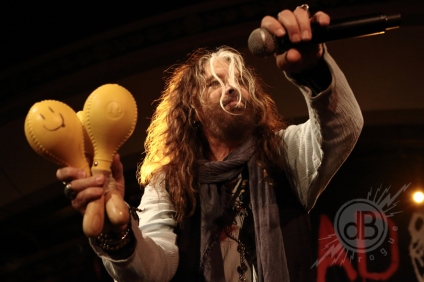 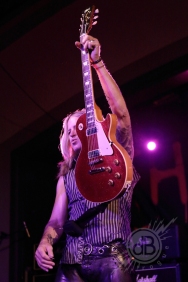 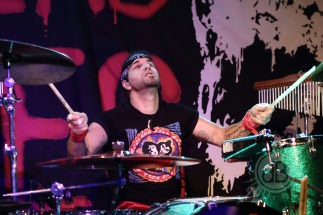 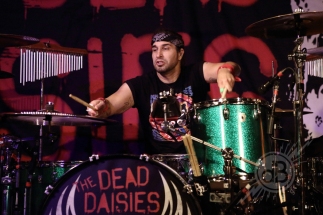 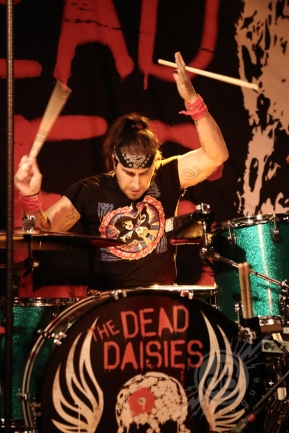 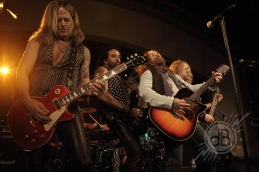 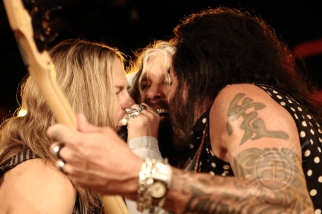 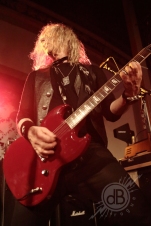 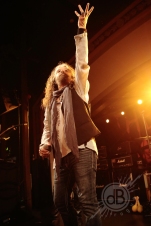 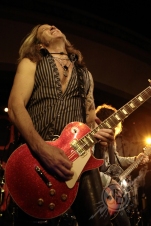 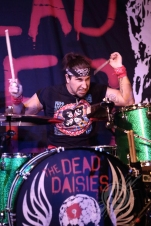 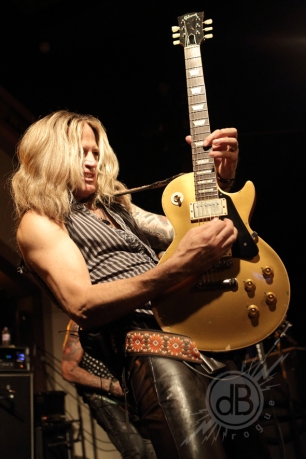 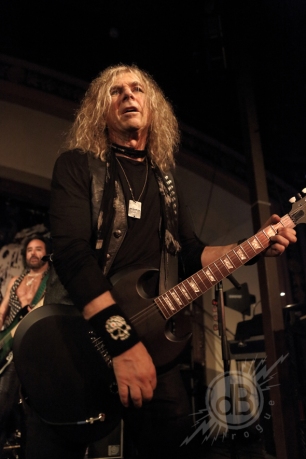 ← The Dead Daisies Gallery
100 Fables LIVE at The Cathouse →