So, we’re well into the fag-end of summer 2017. The outdoor music festival season is pretty much done and dusted for another year, and the realisation that we’ll be bringing out the winter woolies pretty soon is starting to hit. But all this couldn’t have been further from our minds a couple of weeks ago as we saw out the summer with a bang at the Midstock Festival in Dalkeith.

Now in it’s fourth year, Midstock has quickly established itself as a well organised, family friendly music festival and has become highly regarded for it’s strong and diverse line-ups. 2017 was no exception, with arguably it’s strongest lineup to date. And even the sun came out for this one!

Saturday kicked off with local band Milestone. Opening up with a brilliant version of U2’s Where The Streets Have No Name, Tommy Bell and his band tore through a really impressive set of covers. This was the first time I’ve seen Milestone in action and they were quite simply one of the best cover bands I’ve seen in a long time. And they got the day off to an absolute flyer.

Next onstage was another local group, Nipples Of Venus. And if ever a band seemed to be out to have a good time it was these guys! Playing funked up salsa versions of pop songs from the nineties, it was as if someone backstage flicked a switch and BOOM – we had a party in da house! Upbeat, infectious and totally funktastic – if you don’t feel like getting your groove on to Nipples Of Venus you’d better check you have a pulse! Highlights of a great set were a couple of songs who’s roots can be found in earlier decades in Misirlou and (in particular) Apache. Brilliant!

One of the things I really like about festivals such as Midstock is that you sometimes come across an artist for the first time whose performance makes you want to check out more of their music when you get home. And Eugene Twist was one of those. The Glaswegian singer-songwriter is a properly good storyteller and has a voice which has more than a hint of Elvis Costello about it. His songs can take you from the surreal, to the poignant then right into downright humorous territory. Highlight of his seat was the rather funky Savile Row Gigolo which can be found on his latest album The Stuntman. You really should check it out!

It was pretty hard not to smile when Showaddywaddy took to the Midstock stage. Because for all the forty-somethings in the audience, including yours truly, this was a wonderful walk down childhood music memory lane. Showaddywaddy rocked and rolled their way through a hugely entertaining set containing many of their greatest hits. There was a feelgood factor about their performance which had the audience bouncing and singing along from first song ’til last. Highlight of a stellar performance brought with it the first proper punch the air moment of the afternoon with the anthemic Hey Rock ‘N’ Roll.

Say what you like about talent shows like The X Factor, and The Voice etc, etc, but you don’t win these competitions unless you’re a great vocalist. Stevie McCrorie‘s performance here was a case in point. Backed by his own band and performing self-penned material from his latest album Big World, McCrorie was superb. It was all instantly likeable, well written and performed music from a guy who seems to be a genuinely nice bloke.

Every year, the Midstock organisers seem to pull out an absolute diamond of an artist to include in their lineup. For me, this year’s diamond came in the form of Scottish punk legends The Skids. And I’ll tell you what, the audience didn’t know what had hit them as Richard Jobson and his band exploded into first song Of One Skin. The Skids may be celebrating their 40th anniversary this year, but make no mistake, they’ve lost none of the energy or intensity of their heyday. Obvious highlights were always gonna be their signature hits, Into The Valley and Working For The Yankee Dollar. But as they blew through songs like The Saints Are Coming, Hurry On Boys, TV Stars, and Melancholy Soldiers in particular, it was hard not to get the feeling that the songs are as relevant today as they were when they were originally written. Without question my favourite performance of the festival.

Generally when it’s time for a DJ to take to the stage at a festival it’s time for me to head to the beer tent. But in Hot Dub Time Machine‘s case I made an exception. This was because the show that HDTM, aka Aussie DJ Tom Loud, performs is quite unlike anything I’d ever seen before. Kicking off with Bill Haley’s 1954 hit Rock Around The Clock, HDTM goes on to mix together hits from each year – in chronological order – right up to the present day. Taking in all genres of music and driven on relentlessly by expert mixing by Tom Loud himself, this time-traversing music mashup built a huge sense of momentum and had the crowd singing and dancing from beginning to end. They absolutely loved it, as did we. It was such an impressive performance that we began to wonder how the headliners were gonna follow it. Never thought I’d say that about a DJ! 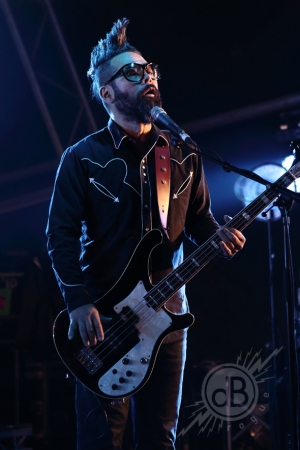 So after everyone had caught their breath, it was time for festival headliners Feeder to close out the night. The indie rock veterans wasted no time in getting the crowd absolutely rocking with a barnstorming version of Feeling a Moment. In a set which spanned their 20 year career, Feeder demonstrated just why they were once regarded as being one of the biggest bands in Britain.

This was one of those nights where I (quite unashamedly) looked forward to songs from the first half of the band’s career. As good as Feeder’s more recent material is, a festival headline slot like this is the kind of occasion when you really want the big guns from their back catalogue wheeled out. And when they did wheel ’em out, by god did they rock!

Unsurprisingly then, my highlights of their set focussed around songs such as Just a Day, Just The Way I’m Feeling and of course the brilliant Buck Rodgers. When Grant Nicholas, Taka Hirose and the band were in full flow they were absolutely awesome. There was an edge, a power and aggression to much of their performance here which I really liked. Above all, the anthemic nature of their best work was the perfect way to end a great day of music. Everything you could hope for from a festival headliner!

And so ended Midstock for another year. From a music perspective I reckon this was the best Midstock festival yet, and really look forward to finding out how they’ll top it all next year. Hopefully we’ll all be back next September to find out! 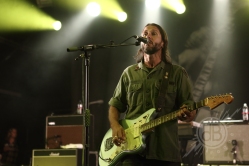 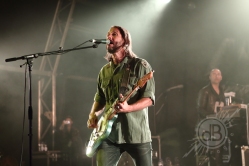 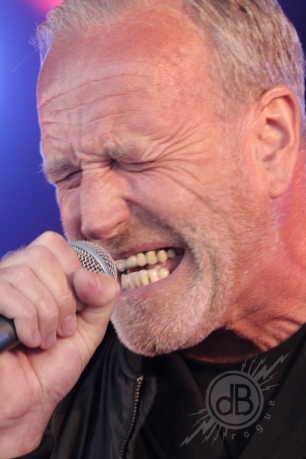 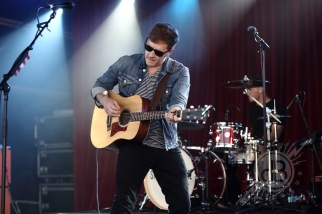 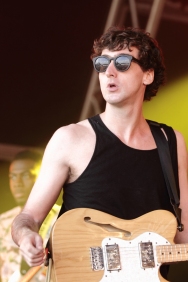