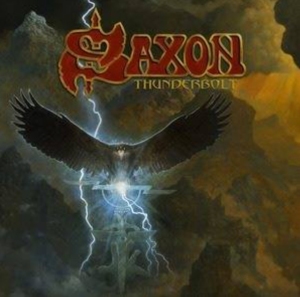 Heavy metal pioneers Saxon are gearing themselves up for a very busy 2018 by releasing their 22nd album Thunderbolt on February 2, then following that with a European tour.

Saxon have been at the forefront of the British heavy metal scene for over forty years and have long since cemented their legendary status.

“This is album 22 and it’s called Thunderbolt. It’s a storming smashing thundering collection of tracks we’ve been crafting with Producer, Andy Sneap and it’s finished ready to be unleashed. Stand clear and fasten your seat belts!” – Biff Byford

Three weeks after the album launch, Saxon will embark on the first leg of the Thunderbolt 2018 European Tour. They will be joined by fellow English rockers Diamond Head and metal trio Rock Goddess will be performing on the scheduled UK dates. Magnum will appear at the UK Hull date only. Dates for Thunderbolt Tour Part 2 will be announced in early 2018.

“Ok this is part 1 of the colossal Thunderbolt World tour we’re going to be touring the whole of 2018 so get your tickets and join the ride. It’s gonna be fast and furious, dark and brooding. Monumental riffing and screaming vocals loud and proud it’s going to be a Saxon tour, unique in every way” – Biff Byford

As a taster of what we can expect from the new album, Saxon have released a video for the first single from the new album. So check it out below and keep your fingers crossed that there will be more UK dates in part two of the tour!