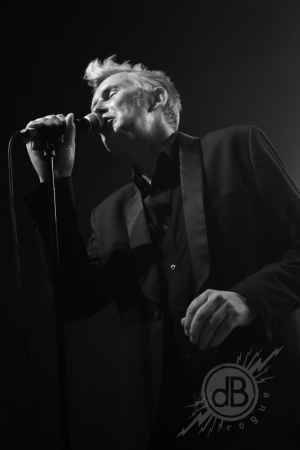 Hipsway began their 3 night run at Glasgow’s O2 ABC last night with a show which not only celebrated their past, but also gave a tantalising glimpse into the band’s near future. Having originally reformed last November in support of the 30th anniversary reissue of their eponymous debut album, the band are heading into the studio in early 2018 to record a new album. It’s still early days, though I’m told a new single should hit the shelves sometime in August. Music to the ears of all Hipsway fans out there!

Thursday’s support came in the form of Nu-Folk duo Bruise. This was the first time I’d heard Isobel and Jim Kimberley perform, and two things struck me about their set here. Firstly, there was Isobel’s voice, which was absolutely fantastic. And secondly, although much of their music had a gentle edge to it, when they upped the tempo, the sheer scale of their sound became genuinely surprising. I found myself subconsciously checking there was definitely only two of them onstage. Think an album purchase is in order…

As Grahame Skinner and the band opened their performance with Set This Day Apart it was hard not to get a little nostalgic, because Hipsway hail from an era when Scottish bands more than punched above their weight in the music charts. But the thing is, for every Scottish band who achieved great commercial success during this time, there was another who garnered critical acclaim. This was truly a golden era of popular music, and although Hipsway never achieved the commercial success their music deserved, their debut album was nonetheless one of the most memorable releases of that decade.

All but two of Thursday’s songs came from the band’s two albums to date. Over the course of the evening Hipsway was played in it’s entirety, and there was a generous sprinkling of all the good bits from Scratch the Surface throughout their performance.

So, given that we’re 30 years downstream, how does Hipsway’s music sound today? In short, bloody marvellous! You can take your pick of any of the songs from either album performed here, they sound as good today as they did the first time I heard them three decades ago.

Frontman Grahame Skinner still has that effortlessly cool swagger in the way he moves around the stage. And his silky smooth vocal delivery is as good as it’s ever been. Guitarist Pim Jones provided all the instantly recognisable riffs and flicks which are as integral to the sound of the band as Skinner’s vocals.

As I mentioned earlier, there was a little taste of what we might expect in the new year when the band slipped in a new song. Not sure what it’s called, but an educated guess based on the glimpse I caught of the setlist would be New York Nights, New York Days. It has a typically smooth, funky groove, has an instantly familiar Hipsway vibe and sits nicely alongside their older material. It doesn’t seem to indicate that the band are gonna drive off into totally uncharted music territory, which is a good thing in my eyes.

Asking a self confessed fan of Hipsway (such as yours truly) for a highlight of this show is a pretty futile exercise. Because the very fact that we had the opportunity to see the band perform again is something to savour. However, it has to be said that when they wheeled out the big guns, Tinder and The Honeythief, the roof was well and truly blown to pieces.

Before rounding out a brilliant set with Long White Car, the band performed a fantastic cover version of The Blue Nile’s Tinseltown in the Rain. And with it came a sudden urge to look out my copy of A Walk Across the Rooftops as soon as I got home. Another brilliant Scottish band from that golden era…

That a band who hasn’t released any new material in 30 years could sell out two out of three nights (and very nearly the third) at a venue such as the O2 ABC, less than 2 weeks before Christmas is remarkable. The music landscape may have changed beyond all recognition in 30 years, but there is clearly much love for Hipsway and their timeless brand of sophistipop. And a new Hipsway album is genuine cause for celebration. If you’re heading to tonight’s show, or will be at Saturday’s performance, based on what we saw here, you’re in for a real treat. 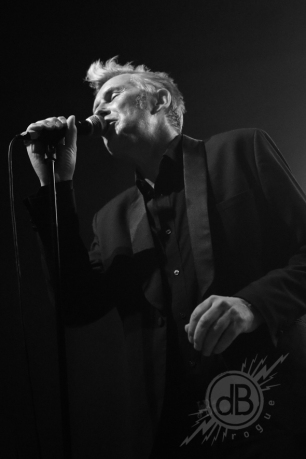 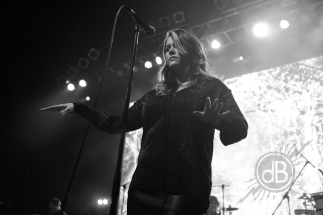 One thought on “Hipsway Live in Glasgow”