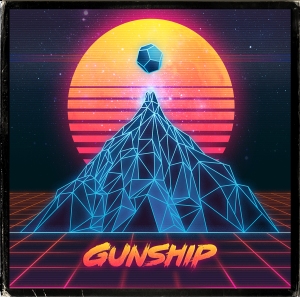 Gunship, which consists of Fightstar’s Alex Westaway and Dan Haigh who, along with Alex Gingell, have created a sound using vintage analogue synthesisers and other retro electronic gear which was available in the 1980s. ‘Tech Noir’ is inspired by nostalgia for a bygone era and driven by retro gear, but still manages to feel fresh and new.

The video itself is a brilliant claymation boy-saves-girl ’80’s action flick. Lots of film characters from that era turn up such as Robocop, Hellraiser, Alien and Michael Myers. Cue lots of claymation carnage, blood and gore! And just to put the ’80’s era cherry on top, the video also features legendary director John Carpenter as the narrator.