‘Tonight… A West End Christmas’ at the Usher Hall Edinburgh 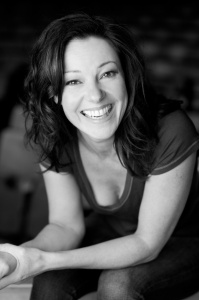 As much as it pains me to say it, I’m gonna say it anyway: It isn’t really all that long until Christmas is well and truly upon us. Bah humbug…

However, it’s not all bad news. Because for all you Broadway and West End musical fans out there, Christmas has come early this year. The Usher Hall Edinburgh will host a one-off musical extravaganza on Sunday 22 November featuring two West End leading ladies with the cast of ‘Tonight…A West End Christmas.’

The show will feature classic show tunes from Broadway as well as West End showstoppers at The Usher Hall in Edinburgh on Sunday 22 November. The audience can also expect a few festive gems in there to kick-start the Christmas celebrations.

“I am absolutely thrilled to be returning to Edinburgh. Wonderful songs in a wonderful city. It happens to be one of my favourite places. To be working with some great talent and great mates too, is just a joy. I cannot wait; it will be a fantastic night. “ Ruthie Henshall

Also joining the stellar cast will be former S Club 7 heartthrob Jon Lee. Jon recently took the West End by storm with his appearances in Jersey Boys and Les Miserables.

Edinburgh based producer, Peter Ferguson has been wowing audiences since 2012 with a stream of variety concerts across Scotland and continues to attract the cream of show business to these lavish productions.

“I am delighted to welcome back to Edinburgh some of the finest stars of London’s West End. The city is blessed with such a strong musical theatre audience and it’s always a thrill to produce one off concerts with a real London vibe and the chance to get up close and personal with these amazing performers” Peter Ferguson, Producer

So, not your usual decibelROGUE fair, but it could be an idea for an early Christmas present for someone you know.

£1 transaction fee applies to all online and telephone bookings