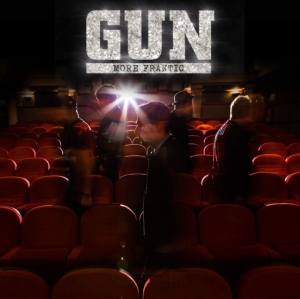 GUN are about to embark on their biggest tour since reforming in 2012, and ahead of hitting the road they have released a very special digital deluxe edition of their new album ‘Frantic’ called, wait for it, ‘More Frantic’!

The new digital only release includes all original album tracks, the fan only ‘East End EP’, and the current new single, their take on the Hot Chocolate classic ‘Every 1’s A Winner’. Once again GUN are putting their stamp on a track well outside their comfort zone, and doing it with style.

To support the release, the band announced an extensive run of UK dates throughout the autumn and winter starting tomorrow (see below).

Formed in Glasgow by the Gizzi brothers, GUN’s contemporary take on authentic rock gave them an edge over their peers and were recognised with numerous plaudits and awards, including the first ever MTV Europe Music Award for Best Cover. Over the years the band have toured the world with acts such as The Rolling Stones, Bon Jovi, Simple Minds, Bryan Adams and Def Leppard.

Check out the video for ‘Every 1’s A Winner’ here