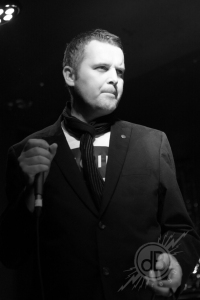 Reeves Gabrels & His Imaginary Friends continued their tour of the UK with an intimate gig at Glasgow’s newest music venue, The Hug and Pint, on Saturday night.

Glasgow has never been short of really good music venues of all shapes and sizes. From the legendary King Tut’s Wah Wah Hut on St. Vincent Street to the new 12,000 capacity SSE Hydro on the banks of the Clyde, the city has all the bases covered. The Hug and Pint sits firmly at the small-scale end of things, and I tell you what, it’s a cracking little basement venue. 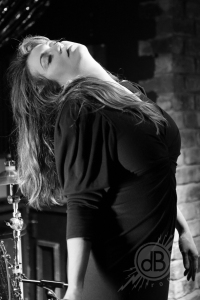 Although this was my first time at The Hug and Pint, I’m not going to launch into a mini review of the place. However I will give you two bits of crucial feedback: Firstly, it’s great, just go! And secondly, don’t be put off by the fact that it’s located outwith the city centre. And that’s because if (like me) you travel into Glasgow by train for concerts, the venue is effectively only a 2 minute walk from Queen Street railway station to Buchanan Street subway, 4 minutes on the underground, then a 2 minute walk from St George’s Cross at the other end. So really, you can get to (and from) The Hug and Pint quicker than it’d take you to walk to King Tut’s, the O2ABC or The Garage. I’ll put a link to their website at the bottom of the page so you can check out forthcoming gigs. Oh, and their food is awesome!

So, to the gig itself. First of the two supports were local indie-rockers Memory Man. The Lanarkshire-based fourpeice have been gigging for a couple of years and have received airplay on local radio. Their short, dynamic set featured songs from latest EP ‘Lost Lovers’ and although this was the first time I’d heard any of the band’s material, it had a familiar and instantly likeable vibe to it. Lead singer Stephen Connelly’s vocals remind me a little of what an upbeat Morrissey could sound like (if such a thing is even possible!), while the engine room of the band has none other than former Snow Patrol bassman Mark McClelland driving things along.

Next onstage we had Lisa Ronson and our first David Bowie connection of the evening. Lisa is the daughter of Mick Ronson who was Bowie’s guitarist on albums such as ‘The Man Who Sold The World’ and ‘The Rise and Fall of Ziggy Stardust and the Spiders from Mars’. Although Lisa performed a number of original compositions from her debut solo album ‘Emperors of Medieval Japan’, it was her darkly intense cover version of ‘Shaking All Over’ which I loved the most. She had everyone in the audience transfixed with that little gem!

Pretty soon though, came the moment we had all been waiting for. Reeves Gabrels has walked onto more stages in his extraordinary career than most of us have had hot dinners. But I wonder how many times he’s had to come on stage via the cellar of a pub? Can’t be that many! But therein lies the beauty of venues such as these. How often do you get to see a guitar legend such as this perform at such close quarters? Best known for his long-time collaboration with David Bowie and regarded as the most daring rock guitar improvisor since Jimi Hendrix, and yet here he was on a tiny stage in a basement in Glasgow, standing no more than six feet from me…

As great as Reeves Gabrels is, he can’t do everything on his own. So it’s handy that he brought along his imaginary friends to lend a hand in the shape of  Kevin Hornback on bass and Jeff Brown on drums. As you can imagine, these guys are top of the line performers who provide the grooves and thunder around which Gabrels weaves his guitar magic.

Saturday’s setlist consisted of songs from throughout Gabrels’ solo career, a little bit of Tin Machine, plus a few tracks from the trio’s recently released self-titled album. Personal highlights for me were two songs from that album which spanned both blues and rock genres. The band absolutely NAILED a brilliant version of Jimmy Reed’s bluesy classic ‘Bright Lights, Big City’ and swiftly kicked things up a gear with ‘Zero Effect’ which is a belter of a song with a great, catchy hook and big riffs. Later in the set Lisa Ronson made a return to the stage for the Tin Machine song ‘I Can’t Read’. And like her earlier cover of ‘Shaking All Over’ she gave the song a wonderfully different feel to the original.

The evening ended with ‘Accident Waiting To Happen’ which of all the songs best demonstrated Reeves Gabrels’ ability to improvise and create sounds with his guitar, which mere mortals couldn’t even conceive. Even at the end of the song after he unplugged his guitar and placed it on it’s stand he was still creating and manipulating sounds using the guitar lead alone. Genius!

As someone who loves nothing better than watching rock guitarists really cutting loose with massive riffs and elaborate guitar solos, Saturday night was right up there with anything I’ve ever seen live. You don’t often get the opportunity to see artists the caliber of Reeves Gabrels in concert, and it’s rarer still to get to see them play such an intimate venue. I feel lucky to be able to say “I was there”

Sometimes it’s good to be me!