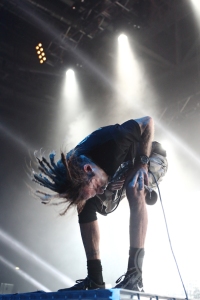 Abigail wasn’t the only storm to hit Scotland on 11 November, since two of the world’s biggest metal bands blew into Glasgow for a co-headline show to kick up a storm of their own. But first you had to get there!

Unfortunately for many of those making their way to the Braehead Arena for the 5.30 start, mother nature was doing her best (or worst) to put a spanner in the works. So with the road network brought to a standstill by a combination of rush hour traffic and Storm Abigail’s opening salvoes, many fans were still struggling to reach the venue in time so see support bands Sylosis and Children of Bodom kick the evening off. Myself included. When I finally managed to reach the venue, Children of Bodom were on the second last song of their set. Round one to mother nature then…

When Lamb of God took to the stage and exploded into ‘Walk With me in Hell’ though, any minor travel troubles and meteorological irritations were completely forgotten. Backed by huge display screens streaming images of war and destruction, Randy Blyth and his band blew through a 13 song set which barely gave you time to breathe.

Everything about Lamb of God’s performance screamed high intensity. Hugely powerful guitars, Chris Adler’s absolutely blistering double bass drums, all driven relentlessly onwards by Randy Blyth’s venomously growly vocals. And as you can probably imagine, the moshpit wasn’t a place for the faint of heart either! I’ve never seen a bigger vortex of people spinning at the front of any stage, at any gig as there was during ‘Omerta’.

‘Still Echoes’ and ‘512’ featured from the recently released VII: Sturm und Drang, while hardcore Lamb of God fans would’ve been pleased that the rest of their setlist featured tracks from each of their previous six albums. By the time the band rounded out their set with ‘Black Label’ from New American Gospel, and the arena fell silent, it felt like the aftermath of a hurricane. The walking wounded from the moshpit headed to the bars for some painkilling beers and the rest of us took a breather. In reality though, it was just the eye of the storm because Megadeth were coming up next… 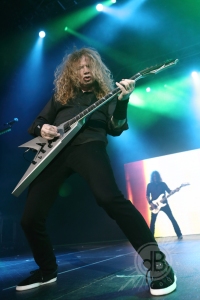 It’s an astonishing 30 years since the release of their legendary debut album ‘Killing Is My Business… and Business Is Good!’ but Megadeth show no signs of slowing down. Their 15th studio album ‘Dystopia’ is set for release on 22 January, and if this gig was any guide, their live shows are still top of the line. Megadeth’s current lineup features founding members Dave Mustaine (vocals/guitar) and Dave Ellefson (bass), plus Kiko Loureiro (guitar) and Chris Adler (drums). By the way, hats off to Chris Adler for putting in a double shift on drums for both Lamb of God and Megadeth – I want some of whatever that man has for breakfast!

Starting with ‘Hanger 18’, Megadeth’s set was sprinkled with many of the bands classic numbers such as ‘Sweating Bullets’, ‘Peace Sells’ and ‘Holy Wars’, which all sounded as fresh and impressive as they did back in the day. Although most eyes (and ears) were on Dave Mustaine, it was hard not to be impressed with Kiko Loureiro and Chris Adler’s contribution the sound of the band. Obviously from a technical point of view they were fantastic, but they also brought an energy and aggressiveness to each song which gave a meaty edge to the band’s overall performance.

Once again, there were lots of videos and graphics running on the huge displays at the back of the stage creating an impressive backdrop. This was the centre of the biggest laugh of the evening when, during a break between songs, a clip from Waynes World 2 played on the big screen. It’s the bit where Kim Basinger is hitting on an (increasingly flustered) Garth, who eventually blurts out “Do you have any Megadeth?” You had to be there I guess…

In amongst all of the classics came a sneak peak at what we can expect from the new album with ‘Fatal Illusion’. It’s one of those songs which more than anything else demonstrates the hugely impressive technical prowess of the band, with each member given the opportunity to shine. Most apt song of the evening though, was ‘Tornado of Souls’ which just about ripped the roof off and let storm Abigail join in the fun.

Given that many of the Braehead Arena audience weren’t even born when Megadeth first blazed their thrash metal trail, it’s safe to say the band gained many new fans from this gig. This was an awesome performance which – to my mind at least – proves theres no skool like old skool. 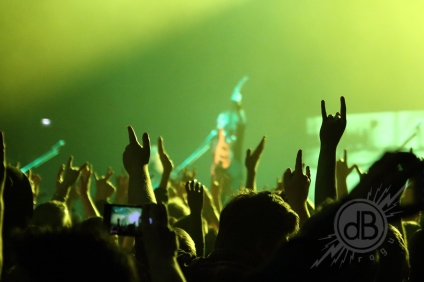 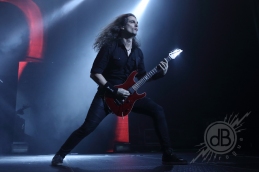 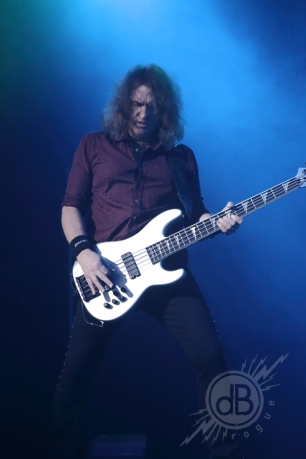 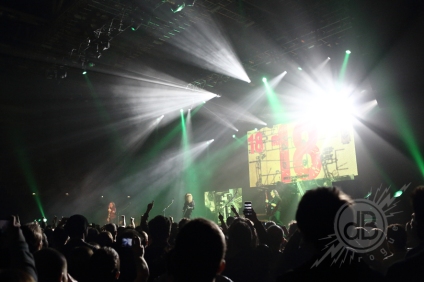 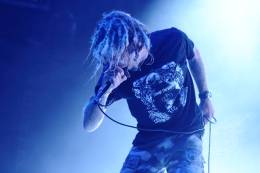 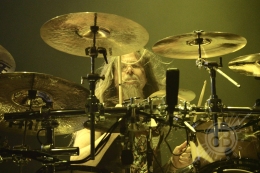 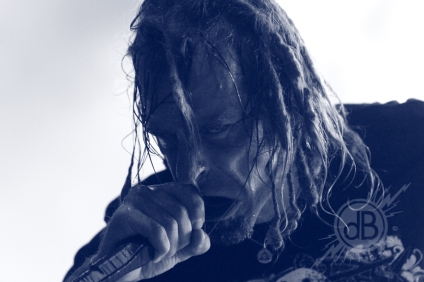 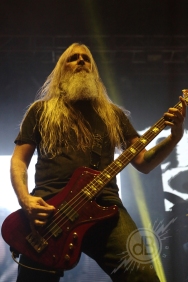