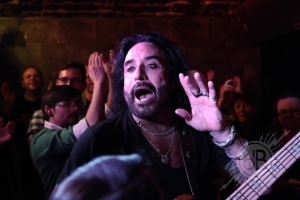 Those of you who have read our review of The Dead Daisies’ recent gig at The Cathouse, or our end of year review, will know just how much we like this band. So it’ll come as no surprise to you to learn that when we heard that their bassist, Marco Mendoza, was returning to tour the UK with his own band, we simply had to go to one of his shows. So tickets were duly bought for his gig at Bannermans, Edinburgh.

Although this is the first time decibelROGUE has reviewed a show at Bannermans, we’ve watched gigs there for the last 16 years or so. Set in the catacombs of Edinburgh’s historic Old Town, this atmospheric, 175 capacity – possibly haunted – venue is one of the best music venues in the city and arguably has the best acoustics of any small venue you care to name. Although Bannermans hosts gigs seven days a week, any Saturday afternoon at 4pm is a rather good time to go for some properly good (free!!!) live music. I won’t tell you any more than that. Just go. You’ll thank me for it! 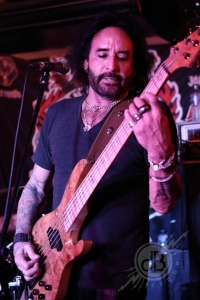 Monday’s gig began with a couple of pretty impressive support bands. First up was local three-piece outfit Tregazzi, who set the pace with a properly good seven song set of no-nonsense rockers. Lead guitarist Andy was particularly impressive as he tore through one massive riff after another. Next up were Welsh rockers Beth Blade and The Beautiful Disasters. As far as I’m concerned there aren’t enough women who front rock bands. So it was really cool to kick back and enjoy their old school hard rock attitude with Beth Blade’s powerful vocals driving things along. Oh, and they have probably the tallest bass player I’ve ever seen in Nicko Goodwin. He must be at least sixteen feet tall and is the only musician I’ve ever seen who makes a bass guitar look small!

And so we come to our headliner. Just in case you didn’t already know, prior to joining The Dead Daisies Marco Mendoza was a member of two absolutely legendary bands, Thin Lizzy and Whitesnake.  And he’s played alongside many other world renowned artists throughout his career.  So to say that he comes with proper rock pedigree is to put it mildly to say the very least. Joined by Soren Andersen on guitar and Pino Liberti on drums, the trio’s setlist was more a musical journey through Marco Mendoza’s career and influences than simply a collection of his latest songs. So in addition to tracks from his two solo albums, there were compositions by Ted Nugent, Thin Lizzy, Neil Schon and Billie Holliday. You can probably guess then, that this was a show which showcased not only the barnstorming rock music which Mendoza has been involved in over the years, but also his love of blues and jazz. 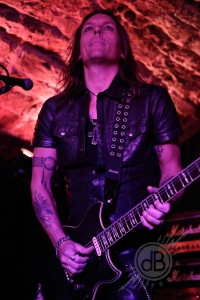 Since Bannermans was Casa Mendoza for the evening, our host set a couple of house rules for everyone to adhere to. Obviously having a good time was one of them, but audience participation was an absolute must. So throughout the evening there was much singing, dancing, snapping of fingers and generally getting your groove on to some properly cool latino grooves. Yep, even can’t dance for toffee decibelROGUE was enjoying himself so much he had his hips ‘kinda’ moving!

Music highlight of the evening for me was an absolutely blistering rendition of the Thin Lizzy classic ‘Jailbreak’ with Soren Andersen taking up lead vocal duties. I was lucky enough to see The Black Star Riders (Thin Lizzy) perform this song during their support slot at the Whitesnake/Def Leppard show last month, and this was the equal of it. A proper rock ‘n’ roll, punch in the air, sing along at the top of your voice kinda moment. Brilliant!

Star of the show was of course Marco Mendoza himself. Sure, Bannermans is probably one of the smallest venues he’s ever played, but he seemed to enjoy his first experience of playing his own material in Edinburgh as much as the audience loved watching him. The good news for everyone is that if you missed either this gig, or the last Dead Daisies tour, there’s gonna be plenty more to look forward to in 2016 from the both of them.  Plus, Marco mentioned there’s a possibility of him working with Thin Lizzy again. Perhaps. 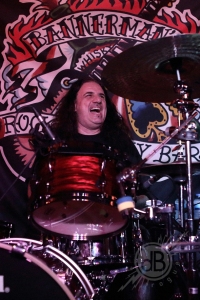 Like The Dead Daisies gig last month, this was both a hugely enjoyable show and a tremendously impressive performance from Marco Mendoza. And once again, it was a total blast to watch someone such as Marco perform at such close quarters. You just don’t get opportunities like that very often. Hopefully it won’t be too long before he and The Dead Daisies are back in town.

Note to self: Must try harder to catch a pick next time!

There are still a few dates left on Marco’s current tour, so if he’s heading your way, get yourself along! 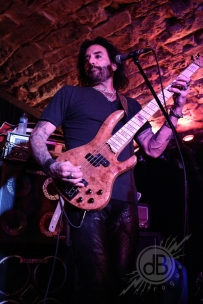 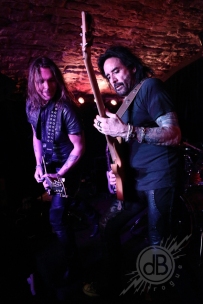 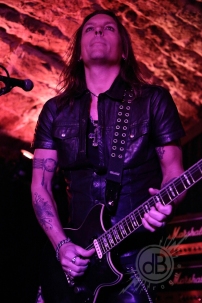 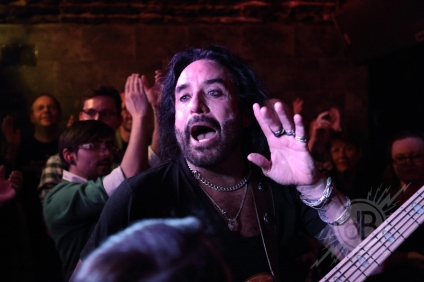 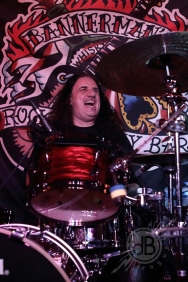 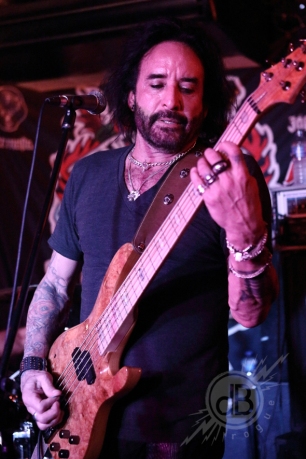 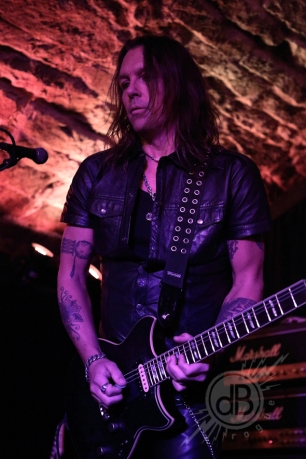 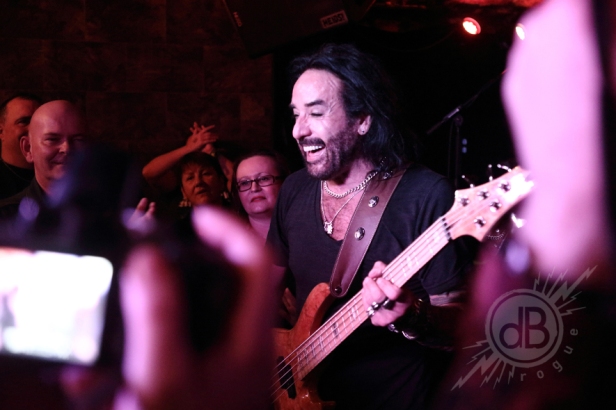