Skerryvore Live at the Old Fruitmarket

I hate having to leave things like parties, pubs and gigs early. I really do. I just seem to have this strange compulsion which makes me want to be the last one out the door. And it really bugs the hell out of me on occasions when I’ve successfully managed to force myself to bail out early, because I’m probably going to be missing out on something – and it’s probably gonna be something good. Needless to say that as I was leaving Glasgow’s spectacular Old Fruitmarket venue just five songs into Skerryvore’s late evening show on Friday night, there was much swearing being muttered by yours truly. Because I knew I was missing out on something very good indeed. But since I didn’t fancy a 25 mile walk home, I thought I’d better head for the last train.

This was decibelROGUE’s first concert of Celtic Connections 2016 and was our first opportunity to see Skerryvore in the flesh. And the band’s awesome live reputation ensured that the 1,525 capacity former fruitmarket was packed to it’s rafters long before their 10:40 start time. And that was a good thing, because Skerryvore’s support band, We Banjo 3 was really, rather special.

Hailing from Galway, We Banjo 3 blend traditional Irish, old time, and bluegrass music into what they call Celt Grass. The band consists of two sets of brothers, Enda Scahill (banjo, mandolin), Fergal Scahill (fiddle, bodhrán, stomp box), Martin Howley (banjo, mandolin) and David Howley (vocals, banjo, guitar). And if you’re having difficulty imagining what Celt Grass might sound like, just go track these guys down on the interweb, head to iTunes and buy one of their albums or better still go see them live. Because their performance here was, by a country mile, the most joyfully barnstorming set of acoustic music I’ve seen and heard in years.

Take ‘Pressed for Time’ for example, which was my favourite song of the night. It starts slowly with some intricate banjo fingerpicking and bodhrán, before the guitar kicks in and the band launches into the most fabulous instrumental. And then just when you think it can’t get any faster or more intense, the band find yet another gear and take it to another level entirely. Just for good measure Fergal Scahill slotted in an awesome bodhrán solo two-thirds of the way through the song, which was so fast and intricate it was a wonder his right hand didn’t dislocate. ‘Pressed for Time’ summed up what was great about We Banjo 3, for it packed all the energy and dynamism of a great rock song, yet your gran would probably jump around to it too. And they do this with 2 banjos, a tenor guitar and a bodhrán. Brilliant!

And so to Skerryvore. And I have to admit thinking at the time that they’re gonna have to go some to top what We Banjo 3 just did. But if anyone had it in their locker, it is Alec Dalglish and the guys. Since forming on the isle of Tiree 11 years ago, Skerryvore have developed a wonderful skill in fusing together different styles of music into something distinctively Scottish, which has had audiences throughout the world absolutely bouncing. And now it was Glasgow’s turn.

I have to say that right from first song ‘Hands Up’ the signs were good. After being properly warmed up, the audience were well up for it and were bouncing and singing right from the get-go. With 7 members in the band including a piper, Skerryvore sounded properly awesome in full flow.

In what seemed like a blink of an eye they had blown through ‘The Rut’, grooved their way through ‘Good to Go’ and bounced into ‘Oblique’. And my time was running out. I just had enough time to catch ‘Hey Hey Hey’ before grabbing my gear and running for my train. Swearing as I went.

I understand that there were at least another six songs plus an encore after I left, and there was a rumour that We Banjo 3 were going to be joining Skerryvore onstage for some songs together. Which if true, makes me feel all the more gutted!

All in all however, this was an extraordinary good night of music. Celtic Connections is not known as the UK’s best winter music festival for nothing, and if this concert is any measure, 2016 should be the best one yet. There are literally thousands of artists performing in venues throughout Glasgow until the end of the month, so check out the listings and do your bit to support live music. Go on. Enjoy yourself!

We’ll be back with more reviews from Celtic Connections soon. 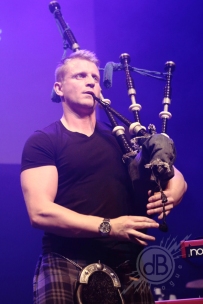 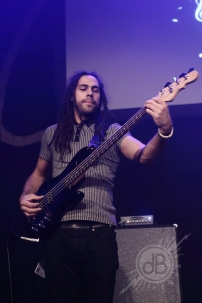 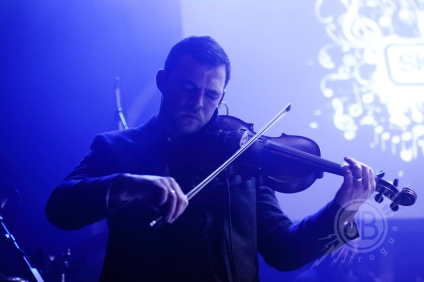 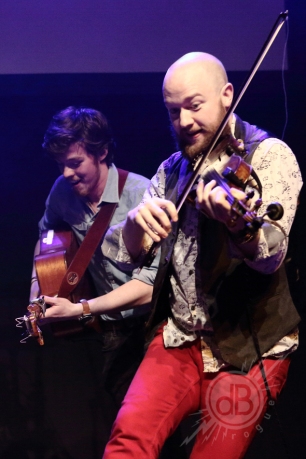 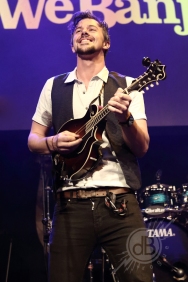 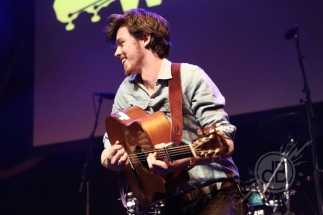 2 thoughts on “Skerryvore Live at the Old Fruitmarket”