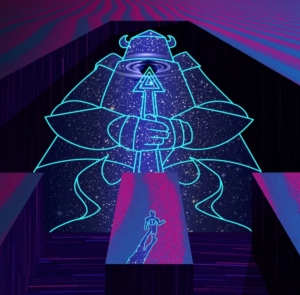 Maryland-based rockers Lionize have been celebrating their tenth anniversary by releasing a series of 4 EP’s which will lead to the eventual release of their next – and much anticipated – full-length album. The second EP in this series, The Voyage, is available to buy from 13 May.

This six-track EP in some respects finds Lionize in familiar musical territory to their previous album, but in others they’ve headed off in new directions. The familiar part is the way Lionise combine contemporary, hard hitting guitars and percussion with funky hammond organ grooves straight out of the 1970’s and synths which sound as if they’ve come from somewhere in the future.

That familiarity is cemented further courtesy of the working relationship the band have developed with Clutch. The bands have worked closely in terms of songwriting and production for a number of years and have toured together on more than one occasion. So it shouldn’t come as much of a surprise that there are a few songs on the EP, such as opening track ‘Anacostia’ and last song ‘Sleeping Giants Groove’ which you could easily imagine Neil Fallon and the boys rocking out to. 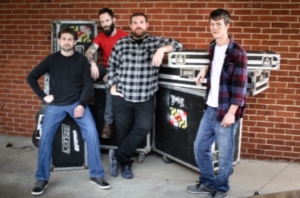 One thing that you really need to know about Lionize is that they draw their music influences from many different artists and genres, and occasionally they’ll hit you with something straight out of left-field. Track 3 of the EP is a case in point. After the full-on balls-out opening track ‘Anacostia’ and the slightly more laid back groove of second song ‘Cold Nelson’, we reach ‘Underwater’ – and find ourselves in reggae territory! Now, I’m the first to admit that reggae isn’t really my bag. However, what I find so impressive about this song is the ease which Lionize can incorporate something like reggae into a 6-track rock EP without the song sounding out of place. That takes know-how.

And just when you think the EP couldn’t get any better, ‘Ultimate Narc’ has Cowbell. What’s not to love about that? Except MORE COWBELL – OBVIOUSLY!!!

Joking aside, The Voyage is an absolutely cracking EP. We loved Lionize the first time we saw them support Clutch a couple of years ago, and unfortunately missed the opportunity to see them when they were in our neck of the woods a few weeks ago. If The Voyage is just a sample of what’s to come in Lionize’s next album, well we can’t wait to get our hands on it.