Thin Lizzy/Black Star Riders axeman Damon Johnson has been working on a solo electric project and will release his debut EP ‘Echo’ on May 27. Johnson has a rich history as a rock guitarist and first came to prominence with his band Brother Cane back in the ’90s. When Brother Cane disbanded, he spent the next 6 years or so playing guitars for Alice Cooper and contributed songs to the likes of Stevie Nicks, Ted Nugent, Skid Row, Queensryche and Carlos Santana. Johnson left Alice Cooper to play alongside the legendary Scott Gorham in Thin Lizzy and is a founding member and songwriter with Black Star Riders.

His 5 track EP was recorded throughout 2015 and gives Johnson the opportunity to showcase his undoubted songwriting ability as well as taking the lead on vocals and guitar. He’s joined on the record by Jarred Pope on drums and Tony Nagy on bass with production and mixing duties handled by Nick Raskulinecz, whose credits includes Rush, Alice In Chains and Foo Fighters.

There are a couple of changes in pace and mood within Echo. The first two tracks ‘Dead’ and ‘Nobody Usin’ sees Johnson in full-on hard rock attack mode. We were promised big riffs and driving rhythms – and they’re here in abundance. There’s a definite Thin Lizzy vibe to ‘Nobody Usin’, which just makes you wish that Phil Lynott was still around to sing it. Things slow down a little and take a darker, more reflective tone in the next two tracks, ‘The Waiting Kills Me’ and ‘Scars’, before ending on a brilliant southern rock influenced high with ‘Just Move On’. 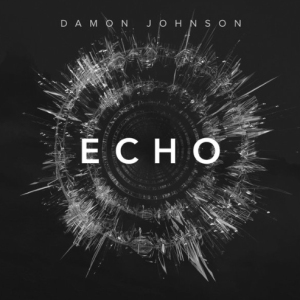 Obviously the very least you expect from a record involving Damon Johnson is brilliant guitar playing – and there’s plenty of that on each of the tracks in Echo. But it’s testament to Johnson’s songwriting that picking out a particular track from the EP as the highlight is pretty much futile. I’ve listened to Echo a number of times and could make a convincing case for each song being the highlight. It’s totally accessible, instantly likeable, high quality rock music. What more do you want?

Fingers crossed an album is in the pipeline. In the meantime get yourself a copy of Echo. It’s superb!