Midstock 2016 was, first and foremost, a tremendous day of live music set in the stunning grounds of Dalkeith Country Park. Rather unfairly though, it will also be remembered as the festival whose headliners failed to turn up. Thanks to a broken alternator, Scouting For Girls were stranded somewhere near Manchester and despite everyone’s best efforts, there was no way to get them to the gig on time for their performance. It was one of those one-in-a-million situations which event organisers dread, and put Midstock’s top brass in an impossible position. It’s not as if you can pull out a headliner from somewhere at a couple hours notice after all… 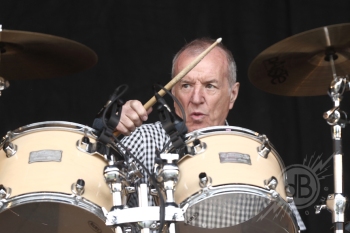 John Steel of Animals and Friends

So, rather than spending any more time talking about what went wrong, let’s focus on what went right. Midstock opened with a typically dynamic performance by Fierce Pro Dancers before the music got underway in ernest with a couple of emerging artists. First up was X Factor hopeful Caitlyn Vanbeck, who gave the Midstock audience a sample of what we can expect from her upcoming Bootcamp adventure. Next, local singer Jack Robertson showed off his tremendous vocal range with a set of songs including a superb version of Sam Smith’s Writing’s on the Wall.

First of the established bands to take to the stage was Animals and Friends. There’s a distinct chance you might be scratching your head at that one, but bear with me.  The band was formed by John Steel (drums), who was one of the founding members of The Animals.  Also in the lineup is former Animals keyboard player Mickey Gallagher.  You can see where this is going – the core of the band are former members of the iconic 60’s group.  The lineup is completed by Danny Handley (vocals/guitar) and Roberto Ruiz (bass/vocals). All the famous Animals hits such as We Gotta Get Out of This Place and Don’t Let Me Be Misunderstood were present and correct, but the highlight of their performance was the wonderful House of the Rising Sun.  Coincidentally, as Danny Hadley was introducing that song, the sun came out from behind a cloud for the first time that afternoon. Timing, eh?

I first saw Jamie & Shoony at a music festival back in 2014 in what (I think I’m right in saying) was their first performance on a large outdoor stage. In the couple of years since, they have gone on to earn numerous awards for their live shows and their performance here was one of the highlights of the day for me. And that’s because since the last time I saw them, they have evolved from being an acoustic guitar-based band to a full-electric outfit. This has transformed the band’s sound tremendously, which now has a much harder, rockier edge. But the positive, bouncy nature of songs like Settle Down and Anyway still shines through.  They had the Midstock audience, team decibelROGUE, the other photographers in the photopit, security, pretty much everyone within earshot, bouncing and singing along.  Infectiously brilliant!

Matt Bowman of The Pigeon Detectives

After a DJ set by Dave Pearce, Maltese rockers Airport Impressions took to the stage for a blistering set. This is what I like about festivals such as Midstock.  I’d never come across the band before, so this was the first time I’d heard their material. From opening song Freedom, you could detect more than a hint of U2 in the band’s sound. And don’t worry, it’s when U2 used to be good! Dynamic, charismatic and very, very cool, Errol Sammut and the guys earned themselves many new fans at Midstock.  Their latest album Mariette is out now and based on their performance here, it’s certainly worth checking out.

Next onstage was The Pigeon Detectives. I’d been really looking forward to seeing these guys in action, since their reputation as being tremendous live performers is well earned. And what can I say, Matt Bowman and the guys knocked it clean out the park. As they tore through songs such as Take Her Back, Matt himself seemed to be possessed by a Roger Daltry-like spirit, as he bombed about the stage spinning his microphone and jumping around. And amongst other things he jumped onto the PA, into the crowd, and off Jimmi Naylor’s drums. His was a brilliant, properly rock ‘n’ roll frontman performance and was another of my highlights of the day. But the band as a whole were superb and had the crowd bouncing with favourites such as I Found Out and I’m Not Sorry.

After a lengthy delay, which was presumably the result of the organisers re-jigging timings when it became clear that Scouting For Girls were unable to appear, it was time for The Reverend to address his congregation.  By the time Reverend And The Makers took to the stage , the heavens had opened and the rain was pouring down. But you can’t have a proper summer music festival in Scotland without some rain after all, can you?  It certainly didn’t dampen the enthusiasm of the Midstock crowd as they bounced and danced through a brilliant performance by Jon McClure and his band. Highlights of their set included Shine A Light and the thunderously good Bassline, but it was their biggest hit, Heavyweight Champion of the World which was the best of the lot.

And so we come to our (inadvertent) headliners. Now, I have to lay my cards on the table and say that The Vengaboys aren’t my kinda thang. Never have been, never will be. But in the context of this festival they were an inspired choice to ramp up the party atmosphere ahead of the headliners. And let’s not forget that at one point The Vengaboys were the best selling dance group on the planet. So it shouldn’t come as much of a surprise that the welcome that Kim Sasabone, Denise Post-Van Rijswijk, Robin Pors and Donny Latupeirissa received as they launched into We’re Going to Ibiza showed that there’s still a lot of love for them. I have to admit that I have a newfound respect for The Vengaboys, given how demanding it must be to sing and dance as they do over the course of a show. What they do can’t be easy, and I have to admit that they do it very well. So for that they have decibelROGUE’s respect.

With that, Midstock 2016 came to an unexpected close. Sure, it was really disappointing that Scouting For Girls didn’t make it. decibelROGUE has covered one of their shows before and we’re well aware of just how good these guys are live. But sometimes, shit just happens. Despite the letdown, Midstock was still a totally awesome day of live music. The choice of bands ensured there was a brilliant variation of styles throughout the day and helped reinforce the family-friendly ethos of the organisers.  We’re already looking forward to Midstock 2017 and will bring you lineup and ticketing news as soon as it becomes available. 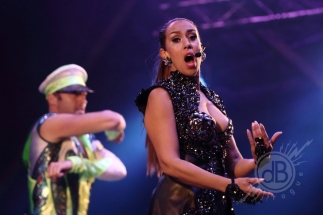 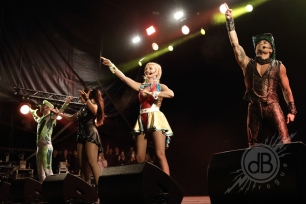 Reverend And The Makers Gallery 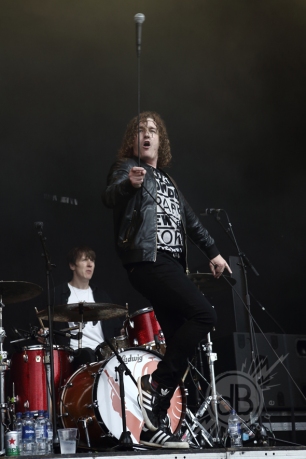 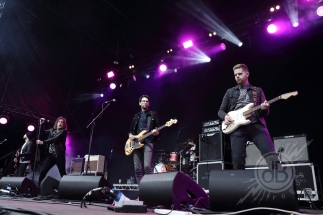 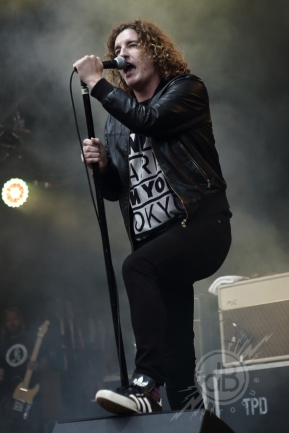 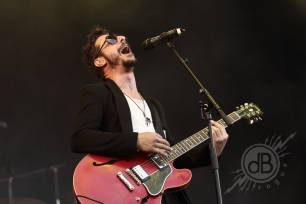 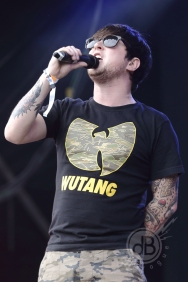 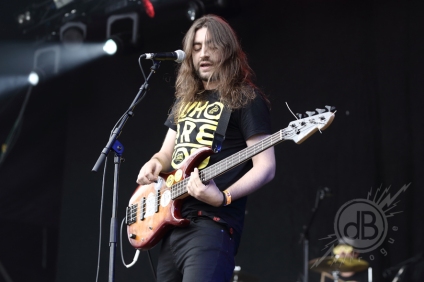 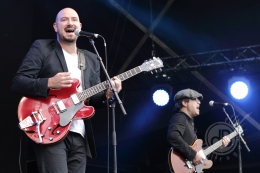 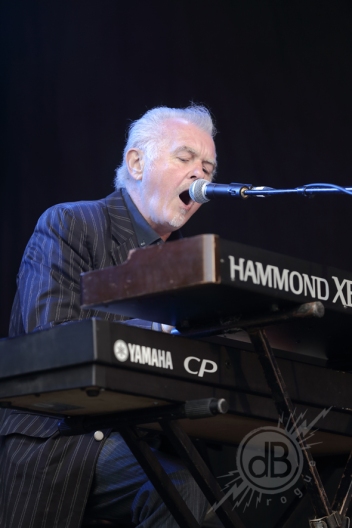 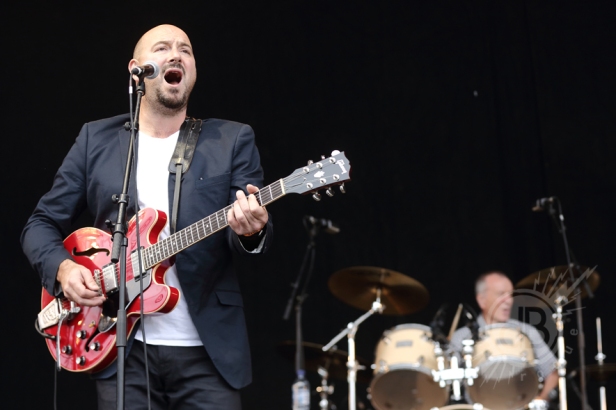 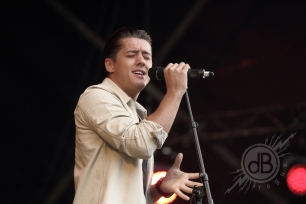