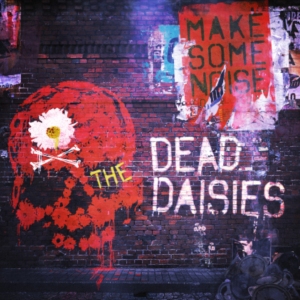 As many of you will already know, The Dead Daisies released their third studio album, Make Some Noise back in August and are heading to the UK in November for a 10 date co-headline tour.  If you read our review of their show at Glasgow’s Cathouse from last year, you’ll know decibelROGUE rates The Dead Daisies very highly indeed.  Theirs was unquestionably the best, most enjoyable rock performance we covered in 2015. And the fact that John Corabi and the guys are heading back our way so soon after their last tour makes us very happy decibelROGUES indeed.

There has been an enforced change to the band’s lineup since their last tour. Lead guitarist Richard Fortus and keyboard genius Dizzy Reed returned to Guns ‘N’ Roses for their reunion tour, with former Whitesnake axeman Doug Aldridge joining the band just before work began on the new album. So, with a new lineup, a new album and a UK tour to come, what can we expect from The Dead Daisies in November? 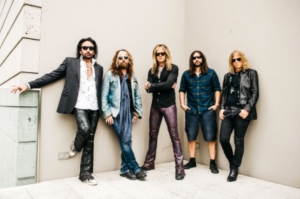 Make Some Noise is a much more muscular, no-nonsense old-school rock album than it’s predecessor, Revolución. Right from opening track Long Way To Go, there’s a new snarl and bite to compliment the swaggering confidence the band have always had.  There are flavours and hints of other rock greats such as AC/DC and Aerosmith running throughout the record which help give it an instantly likeable feel, so it isn’t an album that you’ll need to listen to several times just to hook into. Most of all though, you get the feeling that the band set out to record a collection of rock songs that would work brilliantly live. After all, this is where The Dead Daisies are in their element and at their crowd-pleasing, roof-bustin’ best.

So, to answer my own question – what can we expect from The Dead Daisies when they hit our shores in a couple of months? Pretty much all the things that made you fall in love with rock music in the first place. Huge riffs, blistering guitar solos and proper rock ‘n’ roll swagger. It’s all here.

Rock is dead? Gimme a break…