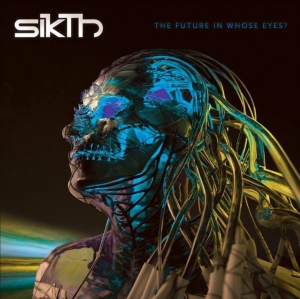 The band are touring in support of their latest album The Future in Whose Eyes? which they released to critical acclaim back in June. As you can imagine then, much of this new material will be performed live for the first time during these shows. And given that this is also SikTh’s first album and headline tour since Joe Rosser replaced Justin Hill on vocals, there’s even more reason to go along and check them out.

The album itself is 47 minutes of absolutely pummelling, avant-garde, chaotic metal music. From a technical perspective, the band’s musicianship is extraordinary. Musically it’s hugely inventive, full of diversions, changes of pace and interesting tangents. Classic SikTh, then!

“It’s so great how well received our album has been so far. After touring USA and Europe it’s a huge buzz to be able to come back and headline UK again. Even more exciting as we’re going to play so many of the new album songs at the shows!” – Mikee W Goodman

Needless to say decibelROGUE will be at their Glasgow show to bring you a full review. But check out the dates below and grab yourself a ticket while you can. This tour is gonna bust some roofs!