When Inglorious and Wayward Sons toured together last year, I was laid up recovering from a rather large abdominal operation, so had to miss out.  You could say I was (unite literally) gutted! So when I heard that they would be heading back in support of Steel Panther, I made sure that decibelROGUE was in the pit this time around.

One of the main reasons I was so keen to see Wayward Sons and Inglorious in action was both bands released awesome new albums in 2017. Wayward Sons debut album Ghosts Of Yet To Come was one of decibelROGUE’s favourite rock albums of the year, while Inglorious’ latest release, Inglorious II, went straight to the top of the UK Rock Chart back in May. So both bands had plenty of great new material that I would get to hear performed live for the first time

From a reviewing point of view, this was going to be a rather unusual evening. This was because I was only accredited to photograph the two support bands. Such is the demand to cover anything Steel Panther does, photopasses for their shows are like hen’s teeth. However, thanks to the nice people who look after Inglorious’ PR, we could at least cover them and Wayward Sons. The big bonus for me in all of this was that after Inglorious left the stage, I could put my camera gear away, grab a beer and enjoy Steel Panther. Happy days!

Wayward Sons are, as you’ll probably already know, former Little Angel Toby Jepson’s latest band. And as they launched into first song Alive, it was hard not to feel that we were seeing Jepson back where he truly belongs: on a stage, rocking out in front of a large audience. Such is the lot of support bands, many in the Glasgow audience wouldn’t have had a clue who Wayward Sons were. But Jepson has been around the block a few times before, and he wasted no time in getting the audience onside. 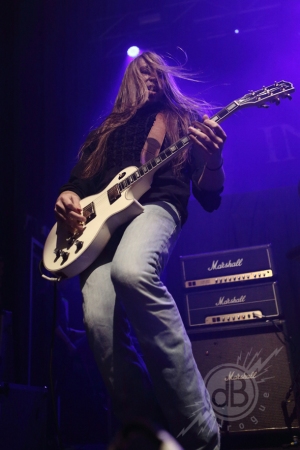 Saturday’s set was a 30 minute blast through some of the best bits of Ghosts Of Yet To Come. And the thing which immediately stood out for me was the sheer energy and vibrancy which drove the bands’ performance along. It’s almost as if Jepson has somehow managed to turn the clock back about three decades to recapture that raw energy and (dare I say it) youthful exuberance that made us fall in love with rock music in the first place.

This is helped in no small part by the seriously accomplished musicians Jepson surrounded himself with onstage here. Chrome Molly Bassist Nic Wastell and former Tokyo Dragons drummer Phil Martini, like Jepson, have been at the sharp end of rock music for years. And they drove this performance along at a fairly thunderous clip. Then you have the (comparatively youthful!) Sam Wood on lead guitar, who was arguably the star of the show. The former Treason Kings axeman was devastatingly impressive as he tore through one guitar solo after another.

It’s pretty difficult to pick out a single highlight of what was a fairly brief set. But what I will say is that the songs performed here sounded even better live than they do on the album. But then I guess we shouldn’t really be too surprised by that because Jepson has always had the knack of writing songs which work best when heard live. And at the end of the day isn’t that what rock music is all about?

After Wayward Sons finish this tour they will announce a UK headline tour of their own, which kicks off in April. We’ll bring you news on that as soon as it’s announced and hope to catch them when they return to Glasgow.

I never thought I’d see the day when a rock band would come onstage to the theme from Grandstand, but that’s exactly how Inglorious made their entrance on Saturday night. The band who many feel are the future of British rock music had a stellar 2017 with the release and subsequent chart success of Inglorious II. And they wasted no time in dialling everything up to eleven with some unapologetically old-school hard rock. Now I think about it, the entrance music couldn’t have been more appropriate!

Inglorious’ set comprised songs from their first two albums, and like Wayward Sons before them was an all too brief half hour taster of what they are all about. And as they blasted into set opener Read All About It it wasn’t long before we got the first taste of Nathan James’ awesome vocal ability. 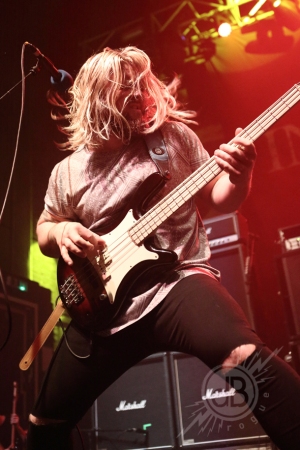 His upper range really is quite extraordinary. The way he nailed ridiculously high notes, time and time again with laser-like accuracy was astonishing. It’s one thing recording such vocals in a studio environment when you can always go again, or have some clever software tweak minor imperfections. But it’s another thing entirely to do it live. And he was flat-out awesome here.

Having a vocalist of James’ calibre gives Inglorious the ability to take pretty much any musical influence they like and run with it. You could take your pick of any of the songs performed here and find a riff here or hook there that resonates with something you may have heard on a 70’s rock album. Somebody tell me that’s a bad thing!

Again, picking one highlight from such a short set is rather difficult, but at a push I’d say that Taking The Blame highlighted everything that’s great about Inglorious. It tears along like an express train, has that 70’s hard rock vibe and features yet more awesome vocals from James.

They say you should always leave your fans wanting more. And by the time Inglorious rounded out their set with the brilliant Until I Die, the Glasgow crowd was absolutely rocking. I got the sense that they wouldn’t have cared a jot if Inglorious rocked on for a while longer. But hey, Steel Panther were up next!

Not sure what’s up next for Inglorious following this tour, but you can be assured we’ll let you know when they’ll be hitting the road again. If you love rock music, you’ll absolutely love Inglorious.

Setlist: Read All About It, Breakaway, Change IS Coming, Warning, Taking The Blame, I Don’t Need Your Loving, Holy Water, Until I Die 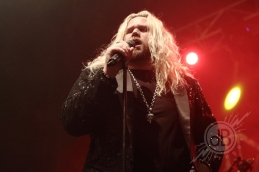 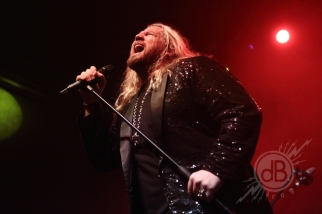 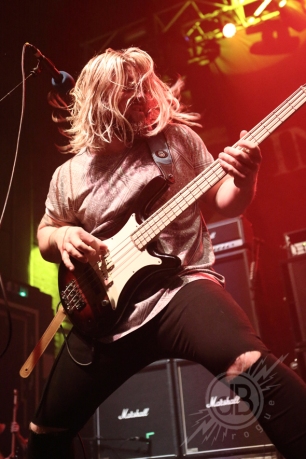 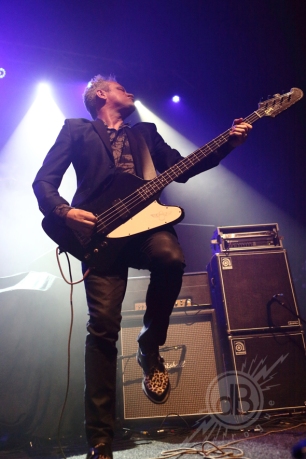 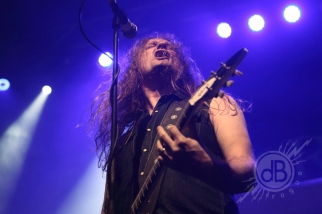