How To Kill Your Band in One Easy Step 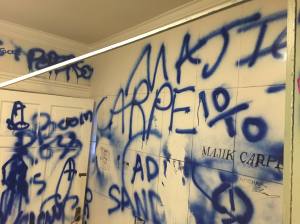 I absolutely despise vandals. Having been on the receiving end of significant house and car vandalism over the years, I have absolutely ZERO tolerance of any smart-arsed lowlife who thinks it’s okay to to deliberately deface or destroy someone else’s property. So it was with a sense of absolute disgust that I heard that a band called Majik Carpet caused significant damage to part of Bannermans Bar in Edinburgh last night.

Bannermans is, as you may know, one of the very best small music venues in Edinburgh. And it’s somewhere I’ve spent more than a few afternoons and evenings attending gigs over the last 18 years or so.

In a time when the local music scene in cities such as Edinburgh is threatened by venue closures, property developers and the noise police, it takes a special kind of vermin to think that it would be a bit of a hoot to trash one of those venues working hardest to preserve it. 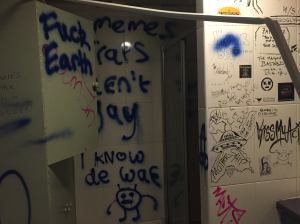 What makes this even worse is that the part of the venue they trashed was the flat above, where – as a courtesy – Majik Carpet were allowed to stay overnight after their gig. The damage was only discovered this morning when staff arrived to clean up.

Magic Carpet’s next gig was due to take place at Glasgow’s Stereo, but they cancelled it before it was cancelled for them. ‘The band contacted us while we were deciding what our angle was. We were never going to let the gig go ahead without confirmation from Bannermans that there had been some sort of resolution reached regarding the damage.’ – Stereo Spokesman

Unsurprisingly, Majik Carpet have taken down their Facebook page, so we can’t send them our love. Apparently they were working on their debut album and by all accounts are/were a pretty promising band. After this performance however, the music world is clearly a far better place without them.

So take a bow Olivia Watson, Frazer Dewar, Callum Moodie and Ross Stewart. Your parents must be very, very proud. 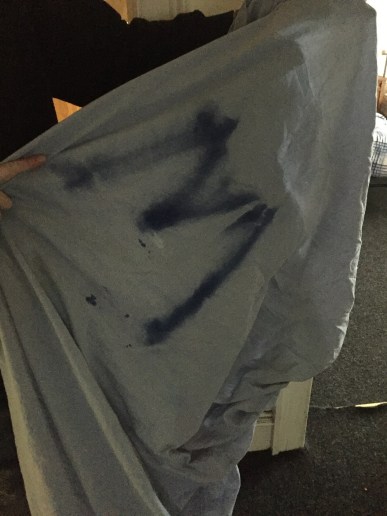 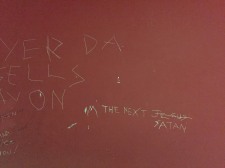 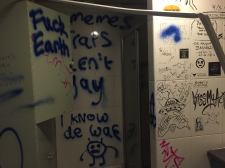 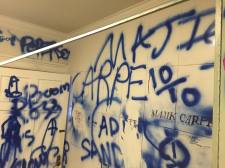