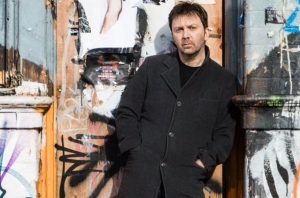 One of the things I like about being forty *AHEM* something years old is that every so often I randomly come across a brilliant song or artist which I haven’t heard in a very, very long time. When it happens I get an instant sense of smile-inducing familiarity as I become reacquainted, and remember why I liked the song way back when…

…and then shiver when I think how much time has passed in the meantime!

Such was the case with Mansun’s Wide Open Space, which I stumbled across for the first time in over 20 years, a couple of months ago. Released on the band’s debut album Attack of the Grey Lantern – which reached No. 1 in the UK album charts back in ’97 – Wide Open Space achieved decent enough success and became the song for which the band became best known. I absolutely loved the song at the time, but as the years passed both it and Mansun dropped off my music radar completely.

Twenty one years down the line and Mansun have long since disbanded. But the band’s former frontman Paul Draper is about to embark on a UK tour where he will revisit this material with his current band. At each of the shows, Paul will play two sets. First, he will play tracks from his acclaimed recent solo debut Spooky Action and the two EPs that preceded it. After a short break, he will play Mansun’s classic debut Attack of the Grey Lantern in its entirety to mark the twenty-first anniversary of its release.

So, needless to say this is a fantastic opportunity for all Mansun fans out there to catch up with Paul’s latest solo work and revisit his classic material. Should be a belter of a tour!